“In Victoria movable tiny homes are not allowed but garden suites are, meaning any one with a single-family dwelling can build a suite in their backyard – excluding duplexes or homes with secondary suites.”

As of right now tiny houses are technically not illegal in Victoria however the way zoning works it is impossible to park a tiny house on a property without breaking the law unless you own that property and it is the only building on it.  Which makes living in a tiny house very difficult and requires actual ownership over the land.  Though this might be something that changes in the near future

“I think what we’ll see over the next three years, hopefully, is a really solid policy that makes it easier for people to build all forms of housing including tiny homes and movable tiny homes in backyards,” says Helps

This leaves me hopeful.  As a university student I never expected to be a landowner until well after my educational years.  Though If what is stated above proves to be true the possibility of building a tiny house and parking it may come before the ability to own the land privately.  Hopefully this promised “Solid policy” described by Lisa Helps materialises in that time frame, but until it does my efforts will have to remain focused on land ownership or alternate locations for a tiny house.

That being said the advantage with some tiny house designs is that they are movable, and I may very well be able to build one to move to an actual plot of land.  Granted the ability to move tiny houses is also one of the biggest warnings to tiny house owners but it is still a valid option.

There are also a large number of courses and information to be found online, tiny house construction is unique and therefore certain building codes can be an issue but the community is pushing forward.  Tiny house living has a large following that continues to grow and will hopefully allow people to start living tiny in the near future. To do this and to further my learning I will continue to research Tiny house construction, Design and hopefully legality of them.  A website recommended to me is attached and while the course currently described as already passed there is an opportunity for one to happen in the future. 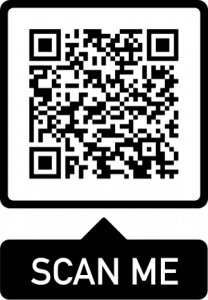